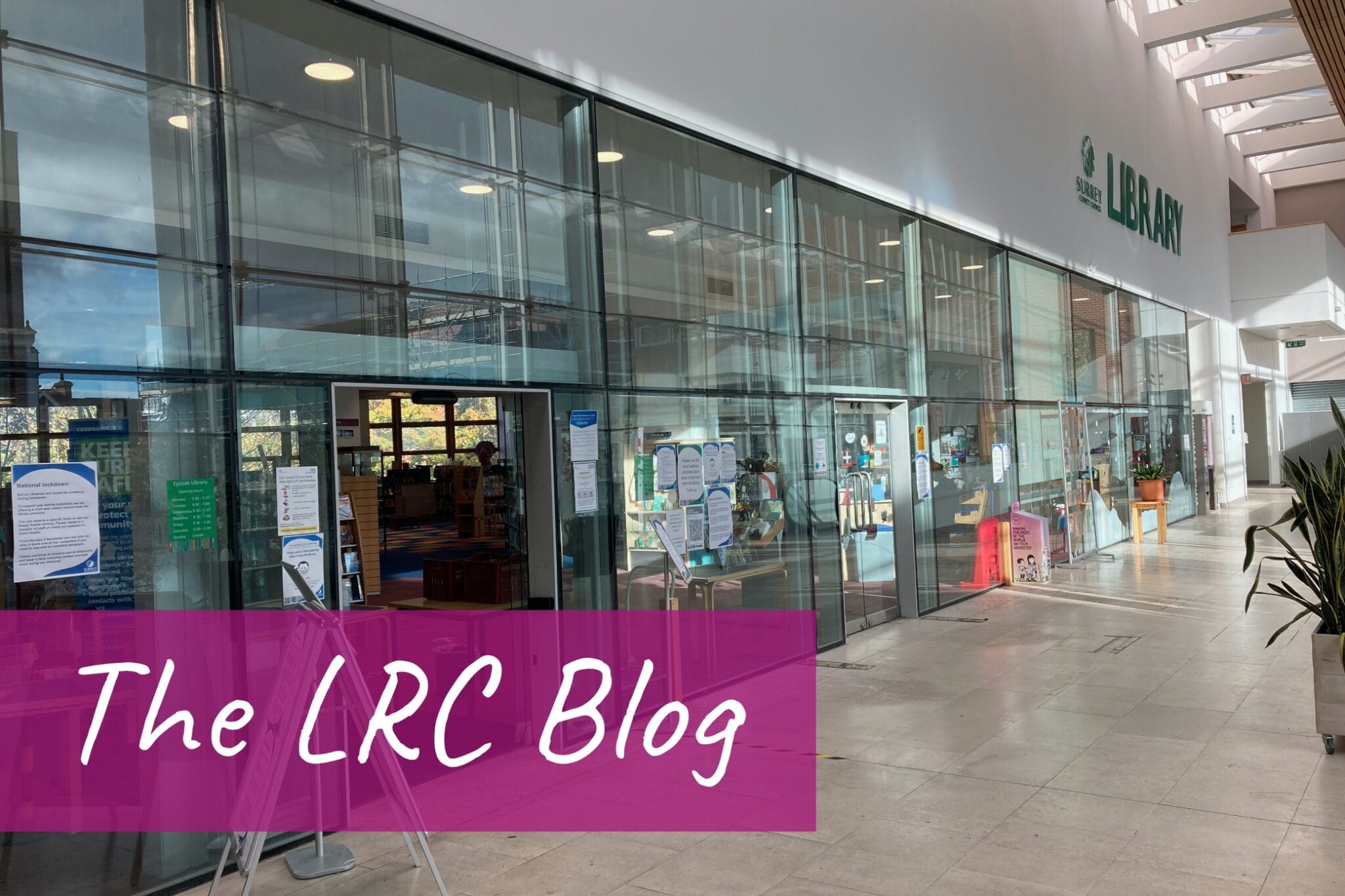 And so we are back to lockdown for a few weeks. This time around though it feels very different. There was a certain amount of peace as we went through spring into summer – largely attributed to people not driving to and from their places of work. That’s missing this time as more workplaces have remained open. The College is still open, as it has been since September and, as a library service, we are still open too – albeit in a limited and specific way.

Our public libraries, however, have stepped up to the challenge of closed doors again. If you don’t follow Surrey Libraries or any of their suburban outposts on Twitter, then you probably haven’t seen the vast efforts that have been made to serve their communities safely over the last few months. From virtual science clubs to craft sessions for adults to Lego activities to Rhymetime for toddlers, there has been no end to the talents of our local public librarians. There are dozens of videos for the good citizens of Surrey to tune into on their Youtube page in order to keep them entertained in their own homes.

There are even videos on how to register for eBooks, eMagazines and eComics for free through Surrey Libraries.

As with Lockdown #1, you can still borrow physical books from the local library. Readers can search the catalogue from home in the usual way and make reservations for books that they want to read, and do the familiar click and collect service that a lot of libraries are offering.

But a librarian knows that part of the beauty of visiting a library is the chance for readers to browse the shelves and stumble across previously undiscovered books and authors. So they’ve come up with a rather nifty plan and called it Ready Reads. It’s a book collection service that works in a similar way to reservations but the books are chosen by library staff. They will look at the readers usual reading fayre and will select a few books that they think that particular reader may like to try.

As they say “Our teams are experts at choosing good books and they are looking forward to using their experience and knowledge to help you discover your next great read. We hope signing up for Ready Reads will give you a chance to try something new. Who knows – you may just discover your next favourite author!” 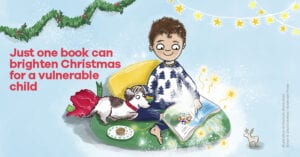 BookTrust
The BookTrust is the largest reading charity in the UK and provides books and reading resources to almost 4 million children each year via libraries, children’s centres and health professionals. Throughout the year the charity runs programmes offering free books to young children, resources to help schools promote reading to children of all ages, and this year have offered book care packages so that children didn’t miss out on reading during lockdown.

As we head towards the festive season, however, the charity is running a different campaign. It has launched a fundraising appeal in order to purchase books. At Christmas, these books will be sent to vulnerable children, to children who are in care, or to those whom this year has been financially difficult for their families. Unsurprisingly, there are more children falling into these categories this year and it hopes to send out 14.250 books. You can read more about the campaign here. #justOneBook

BAMB Awards
The Books Are My Bag are awards which have a variety of categories with shortlists drawn up by booksellers. And it is then readers who vote for the winners. There is also a Readers’ Choice category which is decided by an open public vote with no shortlist

And the 2020 Books Are My Bag award winners have just been announced. And it’s two for two for Stuart Turton. In 2018, he won the Novel of the Year category with his debut book, The Seven Deaths of Evelyn Hardcastle (not to be confused with The Seven Husbands of Evelyn Hugo by Taylor Jenkins Reid written in the same year!). The story, set in a country home in the early 20th century, could (very loosely) illustrate what would have happened had Agatha Christie written Groundhog Day.

2020 sees The Devil and the Dark Water – his second book – take the same award (see previous review here). The Readers’ Choice award went to Hamnet by Maggie O’Farrell. The other winners are as followed:

Diary of a Young Naturalist by Dara McNulty (Non-Fiction)

Tiger, Tiger Burning Bright : an Animal Poem for Every Day of the Year by Britta Teckentrup and Fiona Waters (Poetry)

And Breakthrough Author was announced as Jean Menzies, author of Greek Myths.

Congratulations to all the winners.

Spotlight on…Margaret Atwood
The 18th November marks the eighty-first birthday of Canadian author Margaret Atwood. Born in Ottawa in 1939, Margaret Atwood is a prolific writer of over fifty novels, poetry collections, graphic novels, short stories, scripts and critical essays. Her work has been published in over forty-five countries. She has taught at numerous universities, and is also known for campaigning for human rights and the environment.

Her most famous work is undoubtedly The Handmaid’s Tale. This is a harrowing tale, following a Handmaid called Offred. In the Republic of Gilead, many women have fertility issues. Handmaids are forced to bear children for high-ranking officials and their wives. They are considered worthless if they don’t produce healthy babies. Handmaids have no rights: they can only leave the house once a day to walk to food shops, chaperoned by other Handmaids. Women are not permitted to read, own property, have money of their own, or have any liberties. They are constantly watched by the Eyes to make sure they comply, and face horrific punishments for disobedience. Offred yearns for her life before the founding of Gilead, when she had a husband, a daughter, a job and her freedom. The Handmaid’s Tale is harrowing and shocking, and has become a cultural phenomenon in the fight against oppression and the restriction of reproductive rights. The sequel, The Testaments, was published last year. The Handmaid’s Tale has been adapted into a critically acclaimed television series, as well as a film and an opera.

Margaret Atwood has won numerous awards for her work, including winning the prestigious Booker Prize twice – in 2000 for The Blind Assassin, and in 2019 for The Testaments. She made history with her 2019 victory. She jointly won the award with Bernardine Evaristo, only the third time the prize has been awarded to joint winners since it began in 1969. She was also the oldest person to win the Booker Prize, scooping with her second victory at the age of seventy-nine. Bernardine Evaristo also made history, being the first black woman to win the Booker Prize. The winner of this year’s prize will be announced on 19th November – why not check the nominees out?

One Margaret Atwood work that nobody will be reading for a long time is Scribbler Moon. This work has been submitted as part of the Future Library project, which will be collecting one work a year from a popular writer until 2114. The works will finally be published that year, having been kept sealed away in a room in the Deichmann Library in Oslo. Not much is known about any of the works, and the project has been described as ‘The world’s most secretive library’ by The Guardian.

If you’re interested in reading Margaret Atwood’s work (other than Scribbler Moon, of course!) we have lots of her books in the LRC, including The Handmaid’s Tale, Surfacing and Cat’s Eye. College members can request to borrow them, along with the rest of our stock!

World Television Day 21st November
The glorious invention, the television, has its own day of celebration and Beth-Anna has explored the reasons why. #TelevisionDay 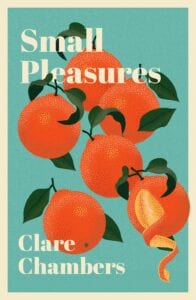 I have a pile of books waiting to be read at home but this book and its vibrant cover jumped out at me when I saw it on the bookshelf and I had to pick it up to read over half term. The book is set in 1957 and is based around the life of Jean Swinney – a journalist on a local newspaper in her hometown on the borders of South East London and Kent. Being a woman in the 1950s Jean is given the responsibilities of the domestic columns and providing handy household tips. When the newspaper receives an intriguing letter from a woman claiming her 10 year old daughter is the result of a virgin birth Jean requests that she investigate the story and there is little interest amongst her male colleagues to take it on. The story that follows twists and turns while providing a beautiful insight into Jean’s life – a woman working in a male dominated industry whilst caring for an elderly mother. Resentments are bubbling under the surface – for the sister who has abandoned them to an exotic sounding life overseas, the child she once could have had and the relationship with a married man that was never going anywhere. She takes small pleasures where she can – a quiet moment with a cigarette in the garden and time away from the demands of her mother. Then she meets Gretchen – the virgin mother – and her perfect family of daughter Margaret and husband Howard. She sees a life that she envies and is drawn into their carefree domesticity. But what is behind Gretchen’s remarkable claim? Jean’s research brings her in touch with various figures from her past and the author cleverly pieces together what brought Gretchen to contact the newspaper and the consequences of her doing so are far reaching and unexpected.

The National Theatre has made available 30 recordings of its world-class productions available free to schools and colleges. As the NT says they are the “best seats in the house” and are currently available to access from home during these times of remote learning.

You can read more about how to access here. Many thanks to our local public library in Weybridge for drawing our attention to this. Libraries are great!

Book Loans
Worried about fines? No problem. All loans have been renewed and fines waived while the LRC was closed. Books can now be returned to the College. Please contact the LRC to find out about current procedures.

The LRC is still available for book borrowing. Although our shelves are currently not available for browsing we can help find materials for you. Contact us with an area you are interested in or your assignment title and we can suggest some resources for you.