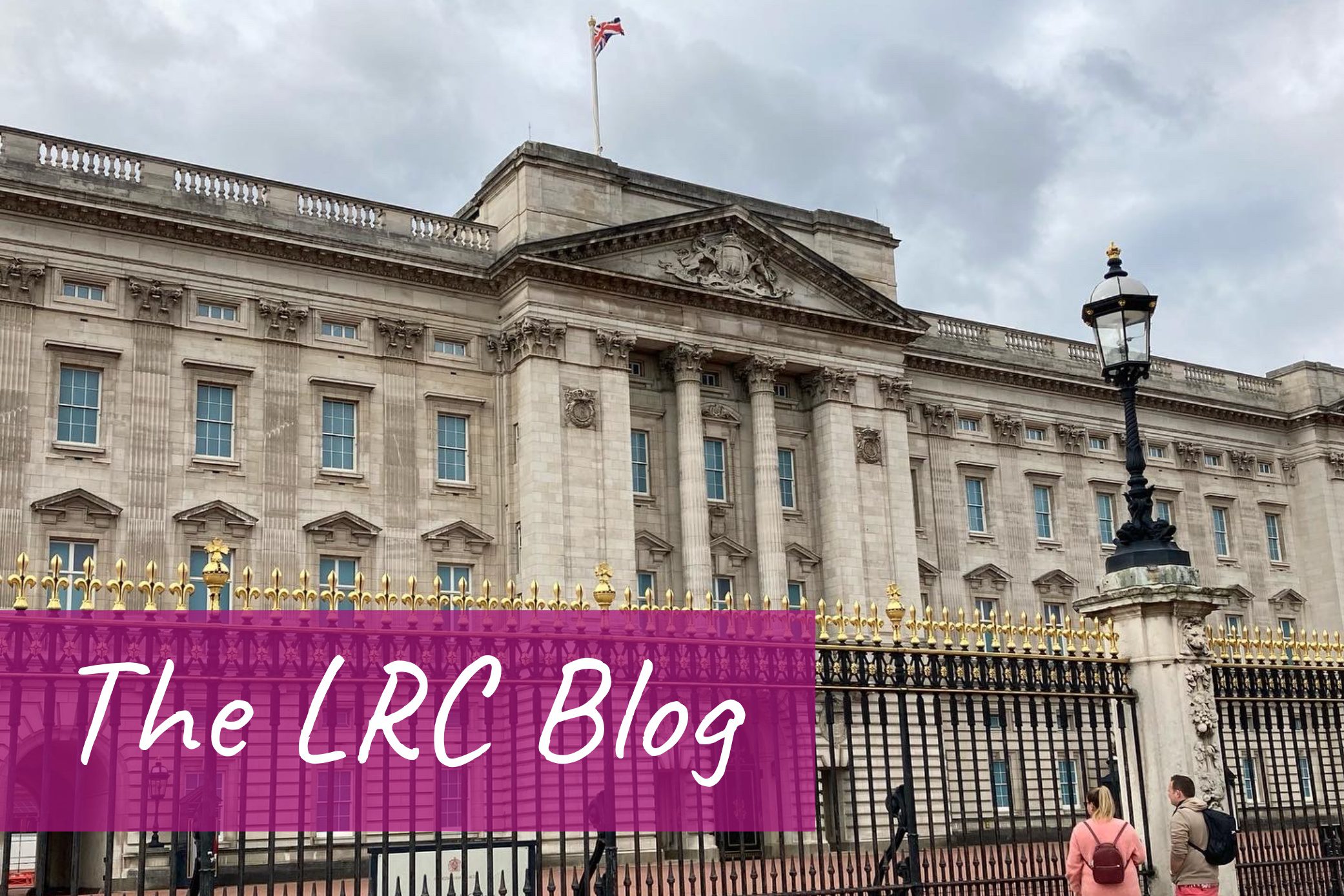 Our doors are open. Sort of.

Much to the relief of the Brooklands College community, the majority of our students have returned to campus after two very long lockdown months. Carpenters, bricklayers, hairdressers, motor vehicle mechanics, etc – all back in workshops and salons learning their practical skills. A few courses are offering a hybrid of onsite and remote learning but the emphasis is still on having the students in a physical classroom where possible.

LRC staff are also back. There’s been a slight delay for us returning to our Ashford campus as the LRC there is currently a Covid-19 testing centre* for the students based there and is understandably off limits to our team. It’s temporary conscription for the cause is almost over and we will be back there very shortly.

Our Weybridge LRC has now re-opened but  with some restrictions in place.  Students are now allowed to book individual study spaces in the LRC  and our Click & Collect service has been resumed. However, it will be so much better when our students can once again browse the clothes rails…I mean… the book shelves for the material they want. (Click and Collect is very reminiscent of Marks & Spencers).

*The testing centre is rather wonderfully being staffed by volunteers from the local community. 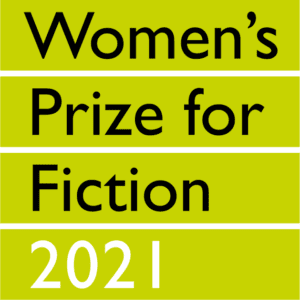 Women‘s Prize for Fiction 2021
It’s still Women’s History Month and although entirely coincidental it’s quite apt that March sees the announcement of the longlist for the Women’s Prize for Fiction. It was established in 1996 to recognise the literary achievements of female writers. What prompted this? It was actually the  1991 Booker Prize and the realisation that none of the authors of the six shortlisted books were women, despite women having written over 60% of the novels eligible that year. It seemed that women’s literary achievements were not particularly recognised anywhere. Now the Women’s Prize for Fiction is one of the most prestigious awards out there.

Last year’s winner was Hamnet by Maggie O’Farrell. Hamnet featured heavily in the long lists of many major awards in 2020 but this was it’s only win. (It should be noted that it did win a variety of smaller but not necessarily less worthy honours). Hamnet is a work of fiction but it was inspired by the real-life story of William Shakepeare’s son whose name the playwright tweaked and bestowed upon one of his most famous characters.

The brief outline for O’Farrell’s Hamnet reads “On a summer’s day in 1596, a young girl in Stratford-upon-Avon takes to her bed with a fever. Her twin brother, Hamnet, searches everywhere for help. Why is nobody at home?

Their mother, Agnes, is over a mile away, in the garden where she grows medicinal herbs. Their father is working in London. Neither parent knows that one of the children will not survive the week.”

No Shakespearean characters appear in the titles of the 2021 longlist but there is still one about twins – this time identical sisters.

The sixteen titles are:

Chair of judges and novelist Bernardine Evaristo says “We read so many brilliant novels for this year’s prize and had an energetic judging session where we discussed our passions, opinions and preferences. Sadly, we had to let some very deserving books go but we’re confident that we have chosen sixteen standout novels that represent a truly wide and varied range of fiction by women that reflects multiple perspectives, narrative styles and preoccupations. These novels fascinated, moved, inspired and challenged us and we’re excited at announcing their inclusion on the Women’s Prize longlist.”

On 28th April the longlist will become a shortlist with just six titles remaining, with the winner announced on 7th July.

The 101 Challenge – a student’s perspective
A call was issued to all of our 101 Challenge walkers, asking them to tell us of their experiences whilst out and about over the last few weeks. Sports student Sam answered the call with his perspective on the challenge itself.

“The 101 challenge for me has been very fun! The feeling of walking out of my house and stumbling across new things have been interesting. As soon as I start walking, I feel like I am in a world of my own. I walk for miles and miles and I don’t get bored. I am always on the lookout for new things.

Personally, being part of the 101 challenge has helped improve my confidence. I’ve never wanted to walk so much in my life! It has also helped improve my mental health. Just going out for a walk for an hour or so makes so much difference.

I strongly recommend participating in the 101 challenge. No matter the distance, it still counts and anything is possible if you put your mind to it”.

Sam has also been posting details of his walks regularly on the Google Classroom that has been set up for the ‘walking community’. Many walks seem to involve an excursion to the local Subway but there have also been some great photos taken during his travels. One walk undertaken recently encompassed the streets of London. Anyone who has been into the city in recent months knows that there have been places that ordinarily would have been teeming with tourists and office workers going about their business but have become eerily deserted.

The National Crime Agency’s definition of County Lines is as follows:

“County Lines is where illegal drugs are transported from one area to another, often across police and local authority boundaries, usually by children or vulnerable people who are coerced into it by gangs. The ‘County Line’ is the mobile phone line used to take the orders of drugs. Areas where the drugs are taken to are reporting increased levels of violence and weapons-related crimes as a result of this trend.”

This is our current tutorial topic for our students. Sarah has created a presentation here on the subject.

There’s also a recent film, County Lines, on the subject which has been well received. Described by the BFI as “a powerful and moving coming-of-age film about a 14-year-old boy who is groomed into a ‘county lines’ criminal network. Inspired by the stories he heard while mentoring young people at an east London pupil referral unit, writer-director Henry Blake’s powerful feature debut boasts a compelling central performance by Conrad Khan as 14-year-old Tyler, with strong supporting performances from Ashley Madekwe and Harris Dickinson”. 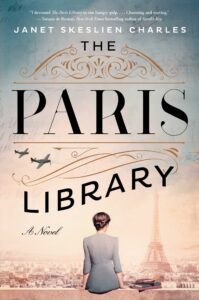 The American Library in Paris opened in 1920, originally as a home for the collection of books and periodicals that had been sent to Europe from the US to its servicemen fighting there during World War I. When the Library was established, it had the motto Atrum post bellum, ex libris lux –  After the darkness of war, the light of books – bestowed upon it. A motto that seemingly inspired those that worked there during the years that Europe was engulfed by yet another terrible conflict in 1939. This is a fictionalised account of one of the librarians, Odile.

By 1939, the American Library had a wonderfully diverse membership base. Referred to as ‘subscribers’, they were on the whole Paris residents but they came from different countries and cultures. As Odile begins working there, she introduces us to the various characters amongst the staff and subscribers. She quickly comes to realise that this is not just a workplace but a home, and that these people are like a family. The directress of the Library is Miss Reeder, an American librarian, who as war is declared and Paris becomes occupied by the German army, decides that the Library must stay open. Books are boxed and sent to soldiers just as they had been during the Great War, and Odile and her colleagues hand deliver books to the people that the Germans have decided can no longer be permitted access to the Library.

Rather than stay at home until she’s married off, Odile has defied her parents to work at the Library. The love and affection she feels for her job and her workplace are palpable and it’s no surprise that she follows Miss Reeder wholeheartedly with the plan to keep the library service running.

The story is interspersed with that of Lily, a teen in the 1980s who lives next to the older Odile in a small town in Montana. Lily forms a beautiful friendship with the initially prickly French lady and it is through her probing that we come to find out how Odile came to be an American widow.

This is a story about love, friendship and loyalty. Although Odile and her family are a work of fiction, the basis for the story isn’t. There are scores of documents and accounts of the real staff and subscribers, many of whom are mentioned in the story. The descriptions of the German occupation of Paris and the effects of the war from the lack of food and the constant terror to the horror of people disappearing are all too real.

Book Loans
Worried about fines as we enter another lockdown? No problem. All loans have been renewed and fines waived while the LRC is closed. Book returns can wait until the College has safely reopened.

E-Book of the Week 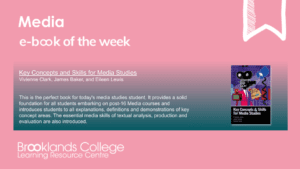 Our e-book of the week is for our Media students.

Tip of the Week 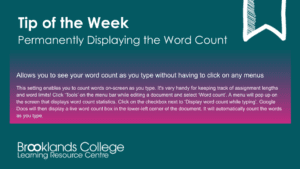 You can search for e-books on the library catalogue or directly through our e-book providers.. Click on the Shibboleth login if requested and select Brooklands College. If you have any problems please do not hesitate to contact us at library@brooklands.ac.uk.