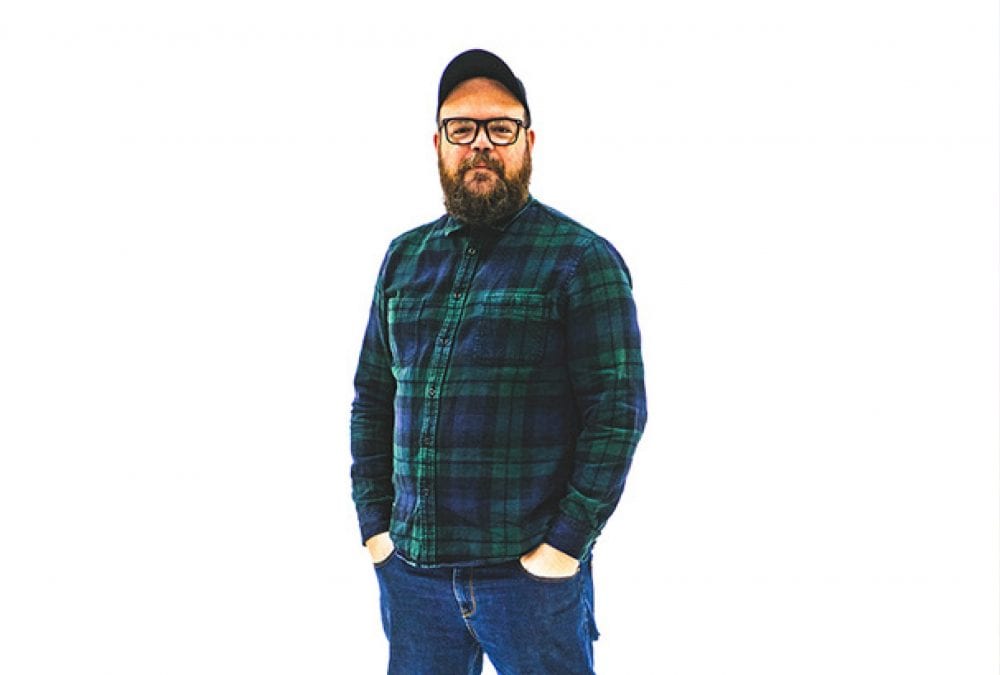 From Brooklands to CEO: Gary Gumbleton

From studying at Brooklands College to starting up his own video content-led digital agency, Gary Gumbleton recalls his experience of college life and from finishing education to gaining invaluable experience in the sales and creative industries.

Returning to Brooklands College in June 2019 – acting as a guest speaker to prospective year 10 students at two of the College’s recent taster days – the 38-year-old’s first job was working part-time in retail at an iconic high street mother and children’s department store.

Making the jump from the formerly named Abbylands School (Jubilee High School) to college, he took the opportunity to reflect on his time in post-16 education. Highlighting the need to be self-disciplined and motivated, he drew a direct comparison between college and the often daunting world of work, needing to meet deadlines and work independently.

As a schoolchild, he was a musician and wished to keep the fire in his belly that was his passion for music alive. This was the reason for deciding to choose to study A Levels in Music Technology alongside Maths with Mechanics and Computing.

Within the space of 25 years, technology has drastically changed. He admired the fact that we now own smartphones and tablets yet it would have been thought to be a luxury to have a computer each when growing up. To put this into context, this was a time when Nokia was the biggest phone manufacturer and there was typically only one computer per household.

In Gary’s own words, college gives you a “good foundation” to develop key life skills and build strong lifelong friendships through interacting with people with common interests, hobbies and themes.

Listening to punk music, his friends were also ‘punks’ whilst the vast majority were ‘ravers’, listening to dance music.

From being a quiet and shy school leaver to a socially confident extrovert and speaking to unfamiliar faces, he took the opportunity to interact with fellow students from various walks of life. This newfound confidence went a long way to landing his first job in the sales industry.

“Brooklands was great and definitely brought me out of my shell. As a student you wanted to come here as it was a great environment and like a community.”

He landed his first sales role in the competitive world of retail sales, gracing the shop floor and selling mobile phones for a phone store in Woking.

He stressed how the leafy, friendly exterior of the College played a key role in the borders being blurred when it came to friendship groups compared to school and the misconception when it comes to picturing colleges as students sitting in classrooms being lectured to.

After finishing his studies at Brooklands, he progressed into the corporate world of sales, working for Vodafone for 15 years on a global scale before being relocated, packing up and moving to New Zealand where he spent five years in a sales role.

Always relishing a creative career, he followed his passion in being the sales director for a creative agency in New Zealand. Despite the attraction of only ever being 10 minutes away from the nearest beach, Gary made the decision to return to the UK in 2016.

With little more than a camera and a laptop in his living room just two years ago, he created his own digital agency called the “Capital Content“.

On a day-to-day basis, he combines his duties as the company’s managing director/CEO with day-to-day tasks to ensure the smooth running of the company. This includes making and receiving phone calls, directing shoots, sitting behind an editor in post-production and building a content strategy for a client. His 7am starts and leaving the office at 6pm daily may be described by some as a grueling day. “Sometimes you have to wear a lot of hats to grow a small business,” he said, when asked about the journey from being a start-up company to enjoying a considerable growth in business.

How did he manage to start up his own agency? Having limited resources, Gary had to use a mixture of his own savings and received the support from friends and family to finance the creation of his own start-up company. He has gone from working for himself to now employing four in-house staff in a 1,000 square foot office along with another 10 freelance videographers located around the country to serve some major corporate clients.

Reflecting on New Zealand, he highlighted how “everyone bands together to form a community and the only down side is that to get there it is two twelve-hour flights.” With an “amazing experience” in toe, 38-year-old Gary dreams of eventually retiring in New Zealand.