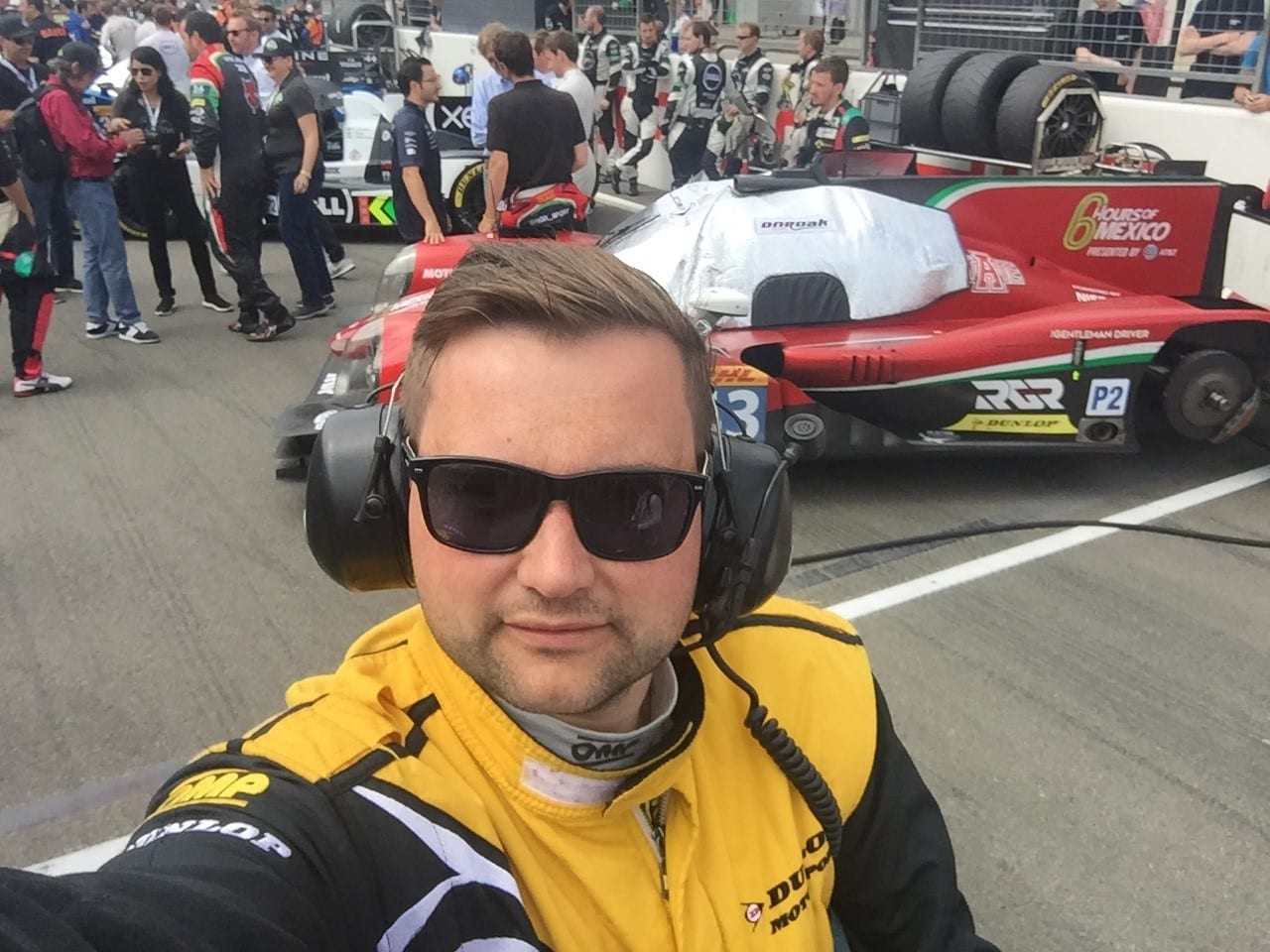 Studying a two-year Motorsport Engineering course at Brooklands College between 2000 and 2002, James Mitchell has had his foot firmly on the acceleration pedal ever since.

Working as part of a small team who ran the Porsche Carrera Cup GB, James’ duties predominantly included trackside assistance, reviewing data from all the cars competing in the championship and providing technical support. He went onto work with many different race teams, acting as the lead engineer for a wide range of race cars.

In 2005, he worked for Porsche and became a key contact for all Porsche dealerships within the British dealer network. Over this three-year period, James enjoyed taking to the driving seat in some “truly lovely cars”.

On his time at Porsche: “I drove some truly lovely cars and had great fun, as a bonus I learnt a lot about the workings of the automotive industry away from the race circuit. Porsche are an amazing company to be a part of and it was a real buzz for the three years that I was there. However, I missed Motorsport.”

Winning championships whilst travelling the world was a particular highlight during his time at Dunlop Motorsport, which followed his time as a technical parts advisor with Porsche and a consultant race engineer with a number of different race teams.

James now holds down the role of Programme Manager for McLaren Motorsport. His typical day involves getting hands-on with every aspect of motorsport from research and development to supplier relationships to customer support and commercials. This includes organising the costs and timings of the design team, engineering team and production planning.