HomeNewsLife after CollegeJamie Birch and Stewart Jones: when passion is your fuel!
Life After College (Alumni) Find out more 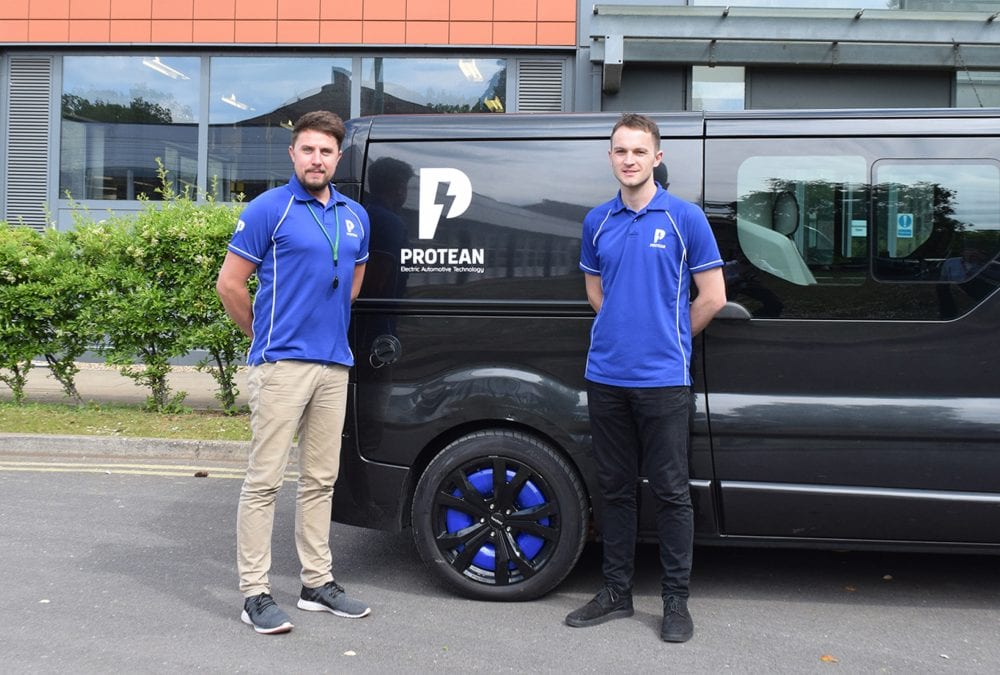 Jamie Birch and Stewart Jones: when passion is your fuel!

Pre-flight checks complete. Turn the key, ignition on. Time to hit the road.

Now working for Protean Electric, former Brooklands duo Jamie Birch and Stewart Jones set their sights firmly on a career in the automotive industry after completing a degree in Motorsport Engineering at Brooklands College. 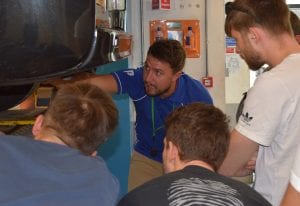 Jamie Birch progressed from studying at Fullbrook School to completing his degree at Brooklands.

In conjunction with Oxford Brookes University, the degree-level programme in Motorsport is conveniently delivered as a part-time course, particularly useful when it comes to having to hold down a full-time job.

Enjoying the flexibility and choice of modules when it came to the formal submission of work, 30-year-old Stewart Jones found the course a “great experience, challenging but rewarding.”

Jamie Birch, 32, graduated with an undergraduate degree from Brooklands College in 2014 after studying towards a Higher National Diploma in Engineering in 2004 and 2005. For him, the course was an obvious choice, with his passion for motorsport being the equivalent of fuel powering a car. Jamie’s previous employer, McLaren Automotive, funded the course in a move that allowed him to take ahold of the steering wheel with an industry-recognised degree qualification. 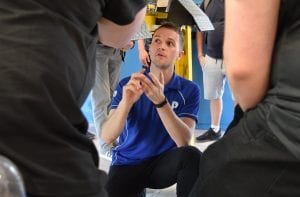 Whilst Jamie attended Fullbrook School, Stewart chose Brooklands to complete a degree and is soon looking to progress in a more senior role at Protean, an automotive technology company.

Protean Electric is an innovator in automotive technology and a world-leading developer of in-wheel motors for light commercial, passenger and autonomous vehicles that is designed to maximise efficiency and simplify the vehicle production process.

Working jointly as an Applications Engineer and Project Manager, Jamie’s customer-facing role includes justifying the sale and application of Protean’s manufactured motors and knowing the functionality of the product like the ‘back of his hand’.

When prompted how they felt supported to navigate their next career move after Brooklands, both drew special attention to the “friendly” lecturers who were more than happy to answer the many questions fired in their direction.

If they had one piece of advice for students interested in the course, it would be:

“Do it, be confident and ask lots of questions. It is well worth studying at Brooklands College, with the flexibility being key when working full-time.”

The pair returned to the College in May 2019 to talk to students about their progression and showcase the innovative Protean motor product as modelled on a Protean-branded commercial van.