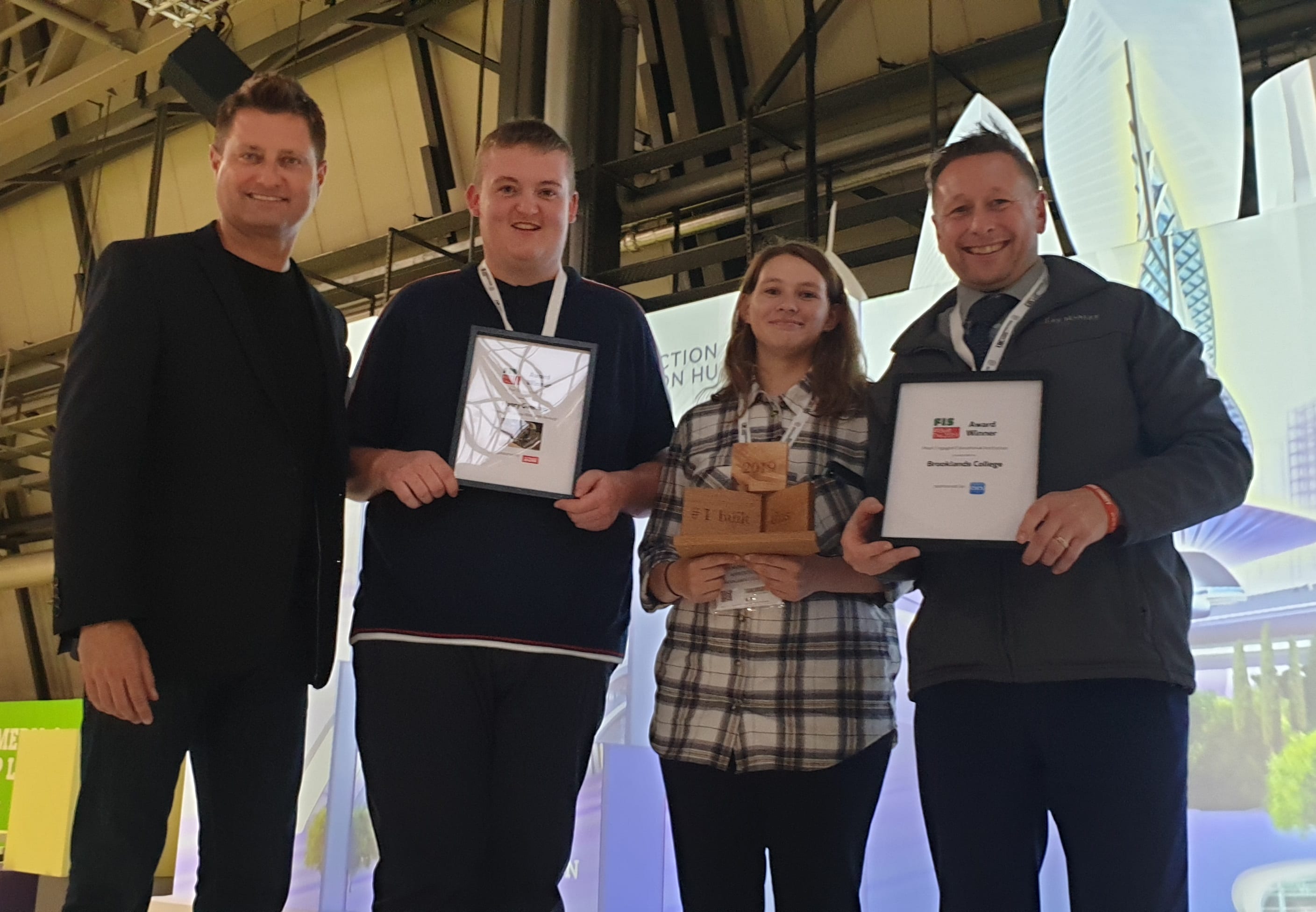 Last week, from the 7th to the 11th October, the NEC Birmingham opened its doors to UK Construction Week 2019 (UKCW). Industry professionals attended in their masses giving seminars, networking, and displaying construction tools and materials. A key part of ‘The UK’s Largest Built Environment Event’ are the plentiful award ceremonies.

This year Brooklands College’s Brickwork students and staff were among those celebrated by UK Construction Week. Nominated collectively for seven awards, students Henry Overton, Naomi Hamilton, Luke Neville, George Berg, and Zak Kharbouch travelled up to Birmingham with tutor, and face of Brooklands Brickwork, Christian Hatherall-Good, for awards ceremonies on the Tuesday and Wednesday.

First to receive an award was the Brickwork department itself, winning the FIS Skills #iBuiltThis2019 ‘Most Engaged Educational Institution’, presented by English architect, and television presenter George Clarke.

Among the UK Construction Week Awards was Construction Role Models of 2019. Brooklands apprentice Naomi Hamilton was presented with this award alongside other industry professionals, adding to her string of construction awards and trophies. 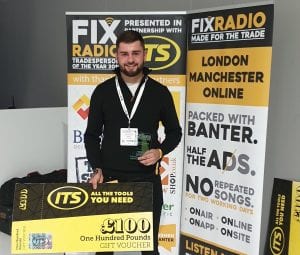 Last but not least, with an all Brooklands’ students shortlist, Luke Neville won the Fix Radio Apprentice of the Year Award, with Zak Kharbouch and George Berg coming 2nd and 3rd respectively. Elizabeth, Head of Commercial at 365 Concrete, said “Luke Neville has always been one of Brooklands stars, after talking to him in the department last week and hearing how he’s applying himself on site and pushing to progress, I wholeheartedly believe he has earnt this award.”