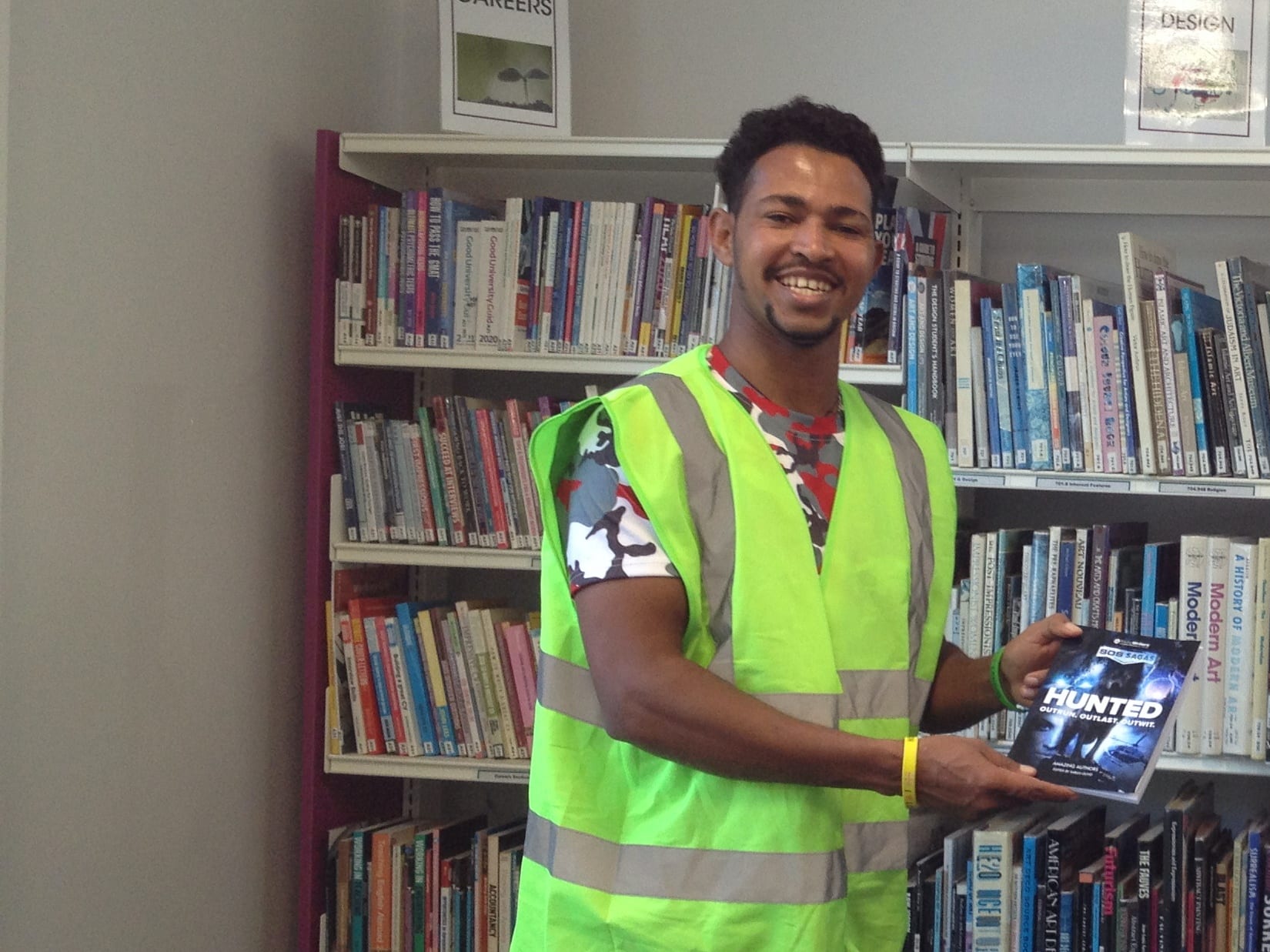 In the 2019/2020 academic year, Functional Skills English students were tasked to create an engaging short story to enter into a UK-wide creative writing competition. Brooklands College is proud to have 9 winning students entries, each short story was published in an anthology series.

The successful students have been presented with the finished book containing their winning short stories. We caught up with a few of these students…

Hayden Antonio Fernandes started at the college from a recommendation given to his family from a previous student. He enjoys studying Level 2 Catering & Hospitality at the College. Hayden explains that the short story simply came to his mind at the moment. He intends to become a fine dining chef in the future.

Another successful student in this competition is Major Bahta. His is an inspirational story… He was living in Libya and, together with his friends, had to leave at the age of 16 – after a two year journey and spending time in the famous ‘Calais Jungle’ refugee camp, he arrived in the UK in April 2018. He then joined college that same year and studied ESOL. “The college has helped me. It’s good here. They have helped me to learn new words… When I came, I didn’t understand some english, but now I understand more.” Brooklands College has opened up a whole new world to Major, after the completion of his Level 1 Bricklaying course he may progress onto an apprenticeship or further studies.

“It was a competition across the Functional Skills programme, the theme followed the idea of being a hunter or being hunted. We did a lot of work and preparation for the creative writing competition. Clearly, Major remembered ‘being hunted’ in the Calais jungle camp when he was trying to flee persecution. That’s what he’s written about. It’s fantastic to see him now.” Tom Vines, Head of English and Maths

Get In touch with our team: english.maths@brooklands.ac.uk