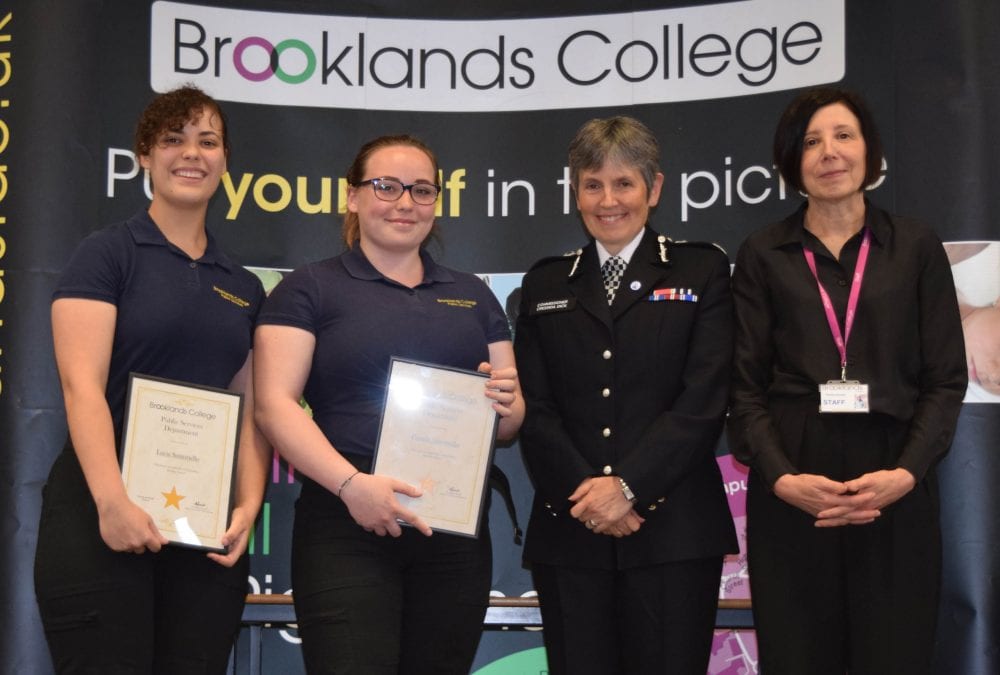 With the academic year reaching its climax, Uniformed Public Services students marched one final time in Thursday’s Passing Out Parade to mark a year in which students were pushed both academically and physically. 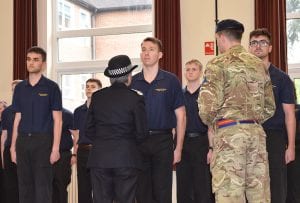 Being a high profile event on the College calendar, Commissioner of the Metropolitan Police, Cressida Dick, acted as the Guest of Honour for this year’s event. The Commissioner gave a motivational speech using her wealth of experience within the public services, stating: “the skills you have learnt here (at Brooklands College) will stand you in very good stead.”

The Commissioner inspected the students’ uniform and equipment before presenting awards to nominated students with Interim Principal, Christine Ricketts. The awards presentation was hosted by Public Services tutors, Philip Waters and Jonathan Lerwill.

The 13 award winners were:

Students then split into ranks before marching out of the main hall and towards the front of the campus where they continued marching to an emphatic round of applause by their families and other guests before finally passing Interim Principal Christine Ricketts and the Commissioner.

Learn more about our Uniformed Public Services course for school leavers, or our HNC/HND in Policing.