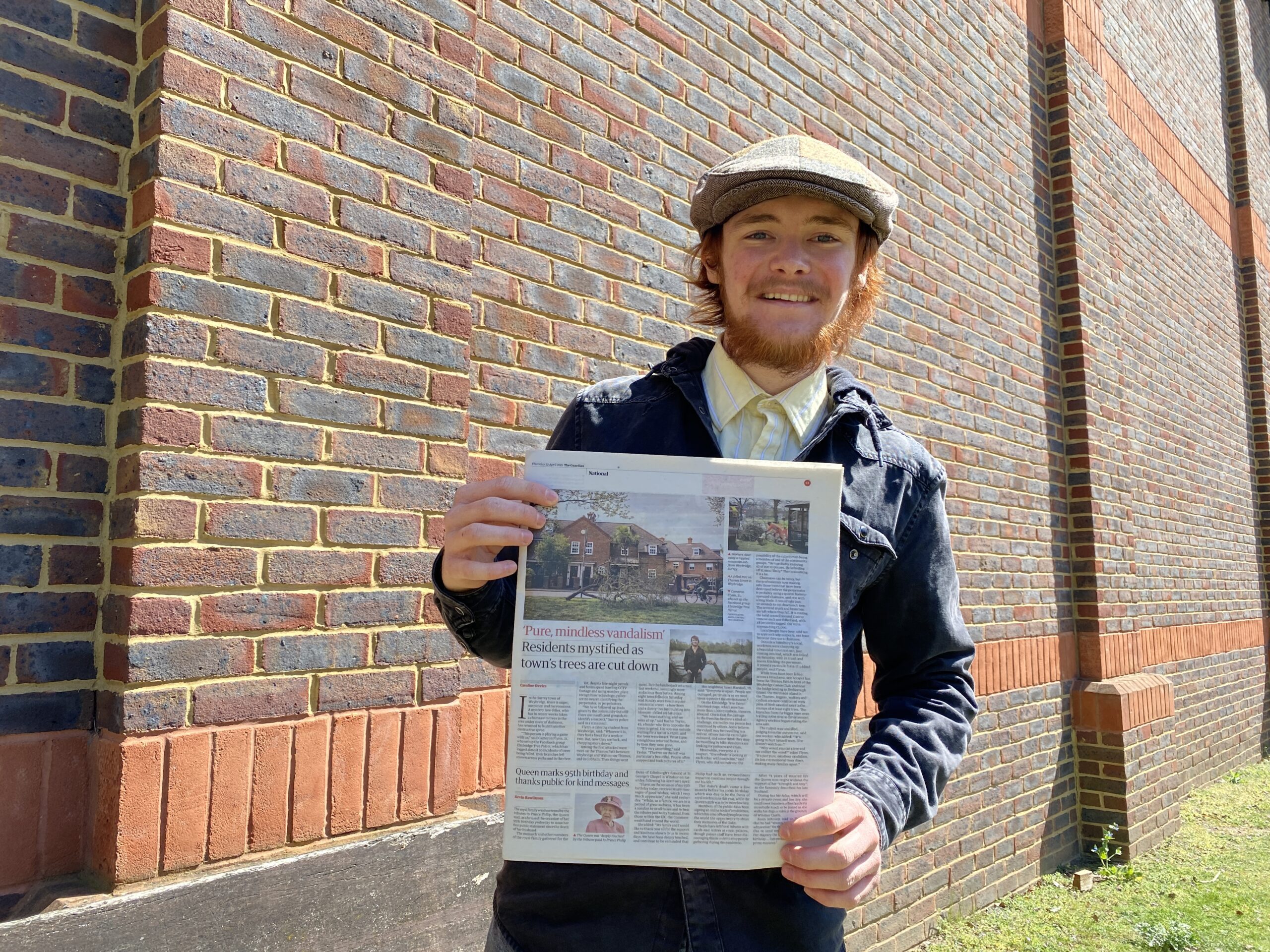 Cameron first became aware of a bizarre occurrence in the local Elmbridge area in early Spring of which someone had been chopping down trees at night leaving community members puzzled. The issue escalated with almost 50 trees being chopped down and left without any clear reason. This young mind decided to try and do something about it to help the situation. Cameron created the ‘Elmbridge Tree Patrol’ Facebook group on 7th April with the purpose of recruiting volunteers to patrol the area at night. He shared regular updates about the story’s developments and just wanted his neighbours to have a place to work on this issue together.

Little did Cameron know, he had planted the seed for change. Within a matter of weeks, the group had blossomed with over 1,000 members which then gained the attention of the press. Cameron’s story has been featured by many national media companies including BBC, ITV, The Times, The Guardian, Sky News, talkRADIO, The Daily Mail, Surrey Live, The Independent, MSN and more. From national, it then went global – he received an interview request from CNN in America! The story has gone on to be featured in China, France, Russia, Romania and Japan to name a few. Commenting on this vast media attention, Cameron said “I somehow made it global which I didn’t think could happen in a matter of a week!”

Cameron felt passionately about the issue, “It’s really sad. 4 of the trees are also memorial trees. Some people are scared to even leave their house at night… I created the group as a community thing so we can all get together and help out.” This was a spontaneous action from the student and he did not think it would go as far as it did. The campaigning paid off – a man was arrested in relation to the incident and Surrey Police are continuing their investigations.

Prior to this, Cameron also did some volunteering at the College working at our COVID Testing Centre. Health and Safety Advisor, Lee Holloway explains that Cameron put in many hours of support and helped keep co-volunteers spirits up – this dubs him as one of the ‘Brooklands Heroes’. “I wanted to do a good deed,” Cameron mentions. Aside from his good deeds, Cameron is enjoying his Level 2 Catering & Hospitality course at the College. He intends to progress onto the Level 3 course and eventually run his own pizzeria.

Students will be sent their results by email on the morning results are available for distribution
The information will be sent to your Brooklands College email address.
Find Out More