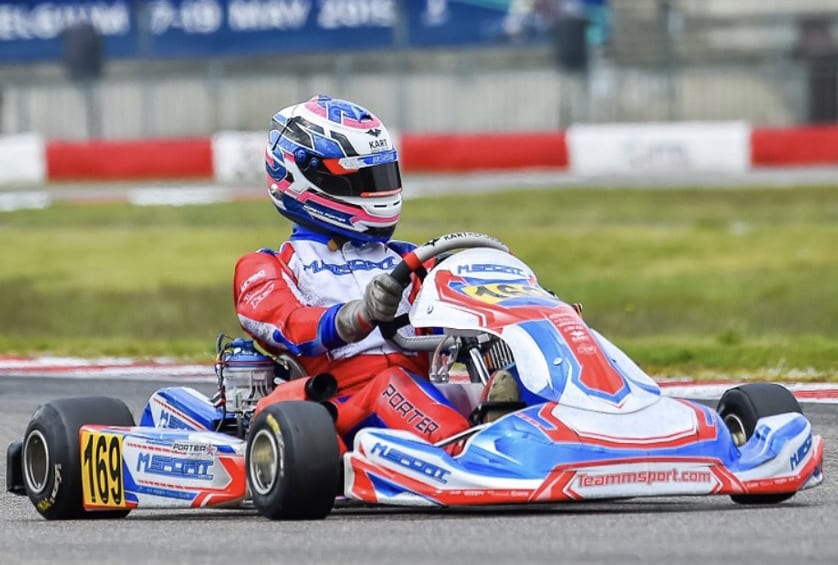 As part of our ongoing series reporting on student success we chatted to Morgan in the wake of his seventh-place finish in Finland at the World Go-karting Championships.

Morgan started Go-karting at the age of eight and spoke of his initial triumph, explaining that “straight away [he] was competing in National Championships”. His immediate passion and success in the world of Go-karting has led him to podium positions which he modestly passed off as “a couple of second places”.  Morgan’s achievements were not limited to National races, coming 12th place in European Championships, and climbing an impressive 17 places from a start position of 24th to come 7th in the World Championships.

Hoping to progress up the Go-karting ranks and beyond, Morgan explained that “Karting is the main stepping stone into “the Formulas”, you start with Formula 4, F3, F2, and F1”, expressing that Formula 4 is difficult to get into, but that he uses money from his apprenticeship at Lee Marley Brickwork, to support his Karting ambitions. 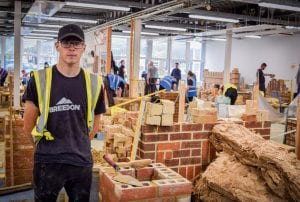 Proving the benefits of learning a trade and earning a wage, while pursuing his passions Morgan explained “I always wanted to learn a trade, and I really enjoy bricklaying”. Morgan also expressed that apprenticeships at Brooklands College are a great alternative to A-Levels, stating that “I wanted to take a more practical route, so didn’t do A-levels, because that’s not who I am. In doing an apprenticeship, I like the work, and I like the money as well”.

Morgan explained that his success in both Go-karting and Brickwork has been supported by both his family and Brooklands Brickwork tutor Christian: “I get a lot of support from my family, in the English Championships my dad comes to every race, he’s my mechanic and my mum’s very supportive as well”. When asked about his favourite aspect of Brooklands College, Morgan said that he found it easy to settle in and that “Christian is a great tutor”, who has supported him a lot with both his brickwork and Go-karting.

Working four days a week, one day in college, and Go-karting every weekend, Morgan certainly has the motivation and dedication it takes to balance his college work and passion for Karting, and with this we have no doubt of his future success in the world of Go-karting and Bricklaying.