The Grand Final was a special awards evening following a series of competition stages through which our team, with their idea of a trackable golf ball, successfully progressed to bring their business idea ‘Golf Angel’  to life. Reaching the final and the video pitch stage, the team represented Brooklands College in great style.

A total of 27 London Colleges took part in the competition which was organised by The London Metropolitan University and the Grand Final was attended by the judges and finalists of the competition with their teachers and business mentors.

As well as our students reaching the final, we were delighted to receive an award for the best execution of The Big Idea 2018, the judges saying they were particularly impressed with the way in which the competition was woven into the curriculum for Business students at Brooklands College, how the second year Business students organised and ran the event at Weybridge in December and facilitated the teams on the day, plus the way in which the event had been extended to involve a wider range of students from other departments. Well done to all students and teaching staff involved. A delighted Amanda Hobbs from Business collected the award.

Click here for more information about the Big Idea 2018. 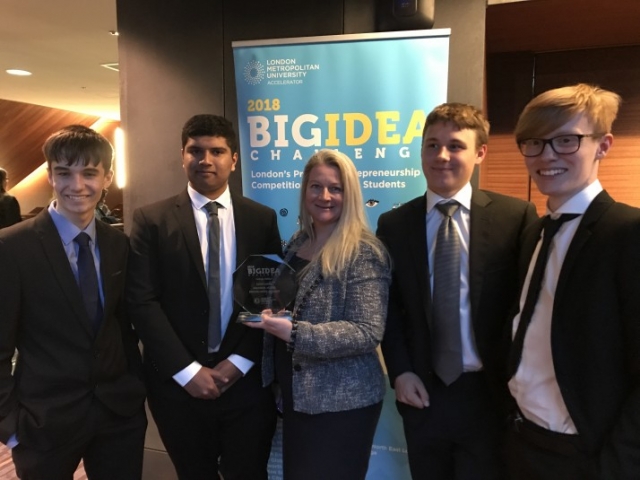 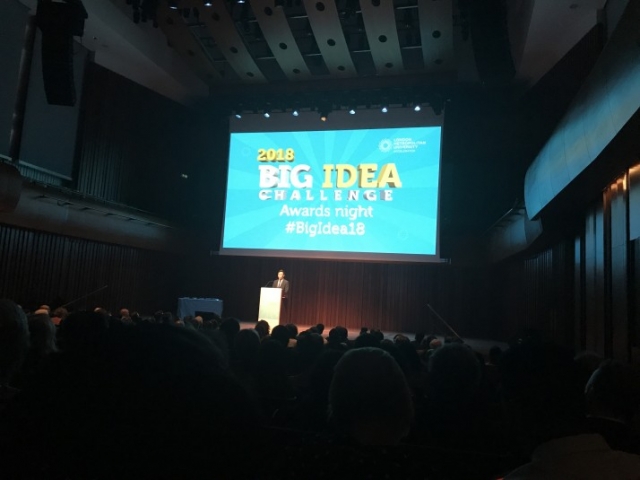 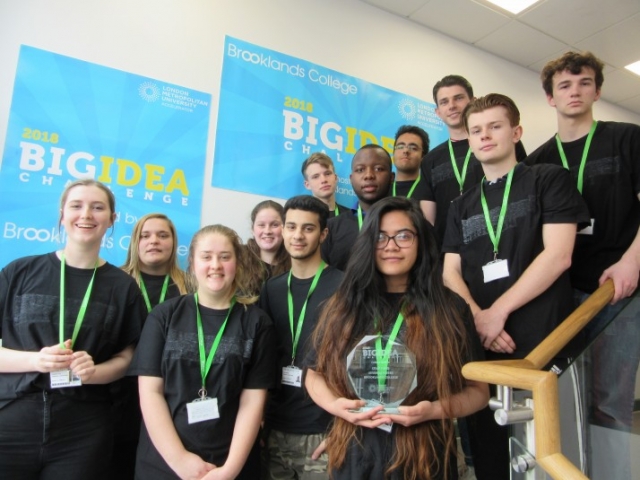