STUDENTS: We are remote learning - Click Here For Info
HomeLatest newsConstruction cement their places in the history books 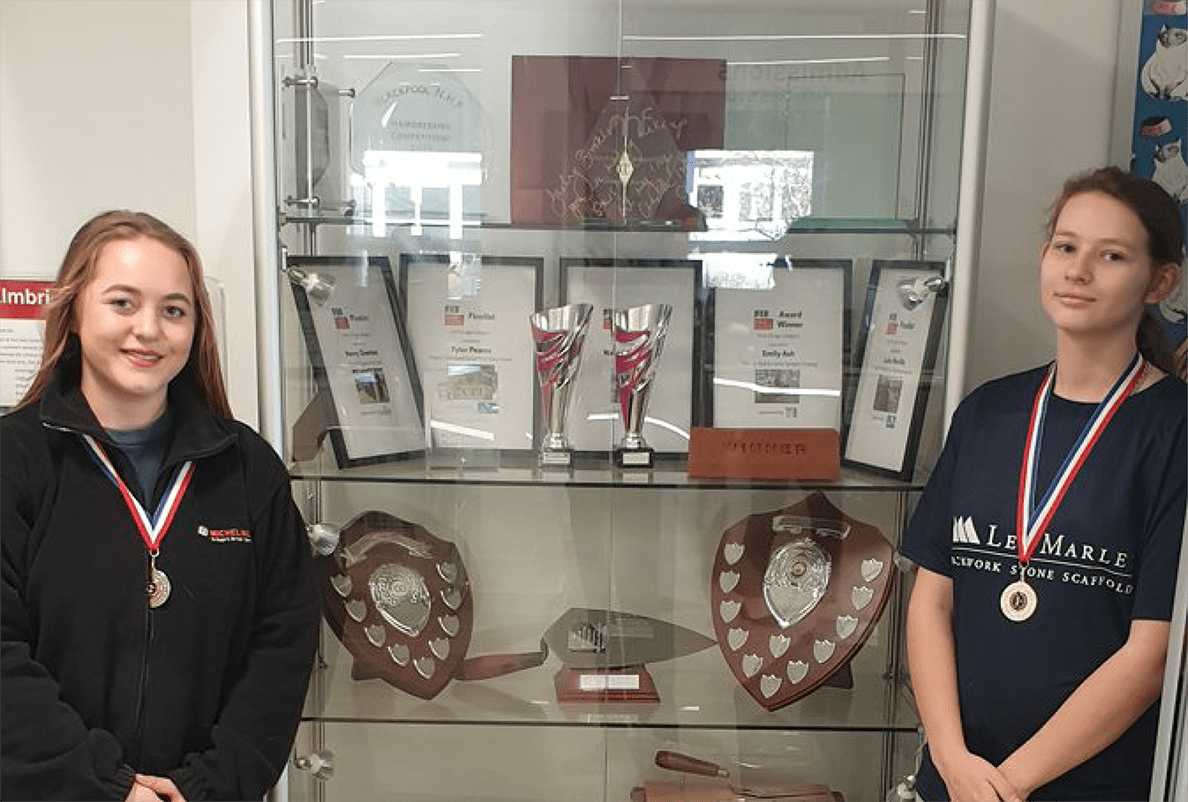 Construction cement their places in the history books

Brooklands College Construction students were on the winners’ podium once more, this time at a national competition in Essex.

On Monday 4th March, a female-only national Brickwork competition – the first of its kind – was held at Havering College, in Essex, alongside another competition for NVQ2 apprentices.

NVQ2 Naomi Hamilton and Charlotte Springer, who is currently studying towards her Level 1 Diploma, took part in the female national competition. They had five hours to build a set model that incorporated the female biological symbol. The pair completed the task to a high standard and were interviewed by ITV News, BBC Radio and representatives from construction magazines. They invested maximum effort and demonstrated great skills and knowledge. Naomi was crowned as the champion whilst Charlotte finished second.