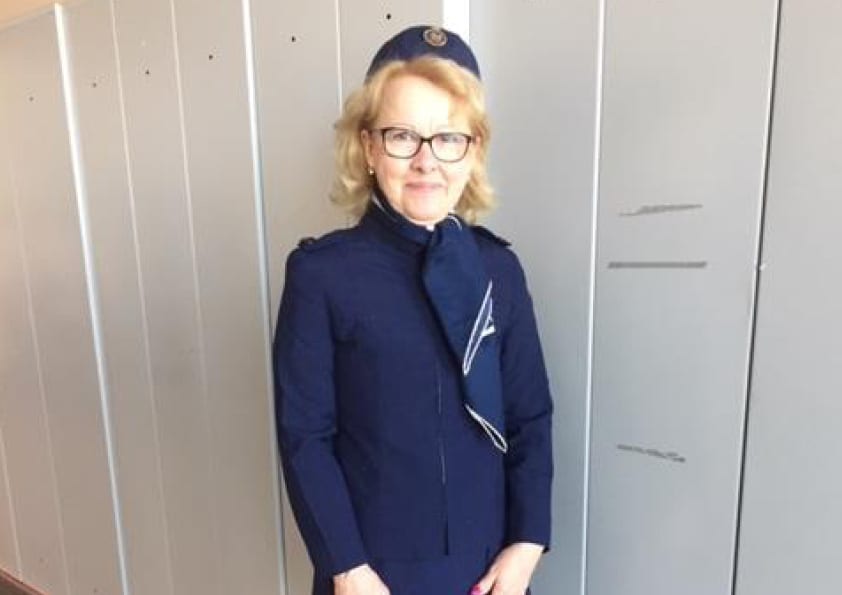 Come Fly With Me!

Large crowds gathered at Heathrow Airport on Monday 18th February to watch the exciting arrival of a British Airways 747 aircraft wrapped in the branding of it’s predecessor, the British Overseas Airways Corporation (BOAC).

Steeped in history, the iconic BOAC branding was rolled out across the fleet between 1964 and 1974. Stripped of the world-renowned British Airways design, the fittingly named BA100 touched down at Heathrow on the morning of Monday 18th February. From there, the journey continued and landed the following day at John F. Kennedy International Airport, the primary international airport serving New York City.

Wearing her original rare BOAC cabin crew winter uniform, Linda attracted the attention of press and photographers at every step of the journey. From the aircraft arriving in the hangar to its departure, it’s safe to say that the story quite literally took off.

The two airlines British European Airways (BEA) and BOAC were merged to form British Airways. With airlines now opting for new state-of-the-art, more fuel efficient and lower capacity planes, the vast majority of the Boeing 747 model is set to be retired by British Airways in 2023. Within the next four years, the 747 fleet will be replaced with the roll out of 18 new A350s, 12 Boeing 787 Dreamliners and an additional 26 short-haul planes as part of the airline’s £6.5 billion investment.

Speaking to The Telegraph, Linda recalled the on board experience from her youth: “It was like a restaurant in first class. It was much more expensive to fly in those days so people used to get dressed up and be quite smart. And as the planes were never totally full you could give a lot more attention to people. It was quite a privilege.”

Addressing the press, British Airways’ Chairman and CEO, Alex Cruz, said: “The enormous interest we’ve had in this project demonstrates the attachment many people have to British Airways’ history. It’s something we are incredibly proud of, so in our centenary year it’s a pleasure to be celebrating our past while also looking to the future. We look forward to many more exciting moments like this as our other aircraft with heritage designs enter service.”

Linda was delighted with the press attention and checked in with the staff at Brooklands College from the slightly sunnier climate at Atlanta Airport on Friday.