STUDENTS: We are remote learning - Click Here For Info
HomeLatest newsOn the Rostrum at National Final 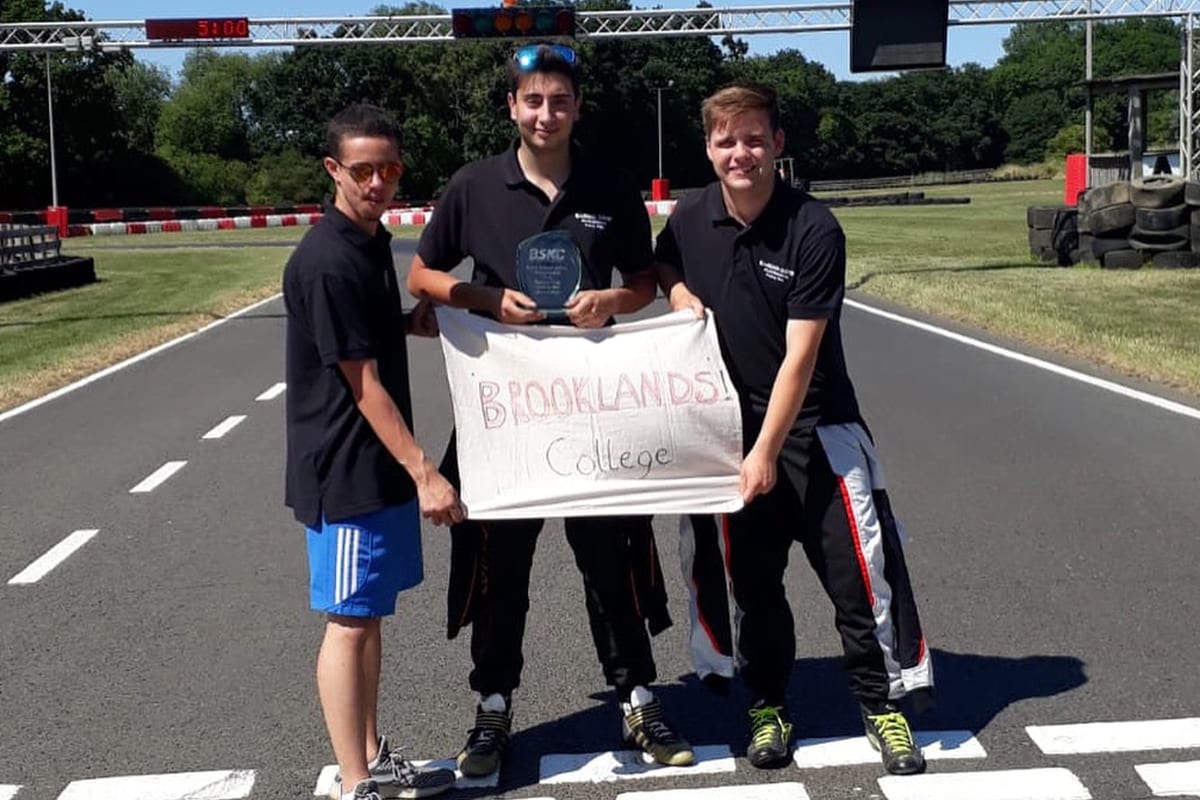 On the Rostrum at National Final

After two hours of testing on Friday the team were able to get a good feel of the track and the competition. Blaise Wheeler won both his races with a massive gap from second place. Henry Jarrett won the first race and came 6th on the second still a massive achievement and team captain Pedro Gomez took the worst starting positions (last and 12th) and managed to finish 5th and 7th. It was a tense wait as all the points were added up, but we were delighted when Brooklands College were announced 2nd, just four points away from 1st place.

It was six months of hard racing including local and regional heats and the Engineering students were all delighted with team captain Pedro saying, “It was such a great event and everyone has trained really hard. We look forward to doing it all again next year.”