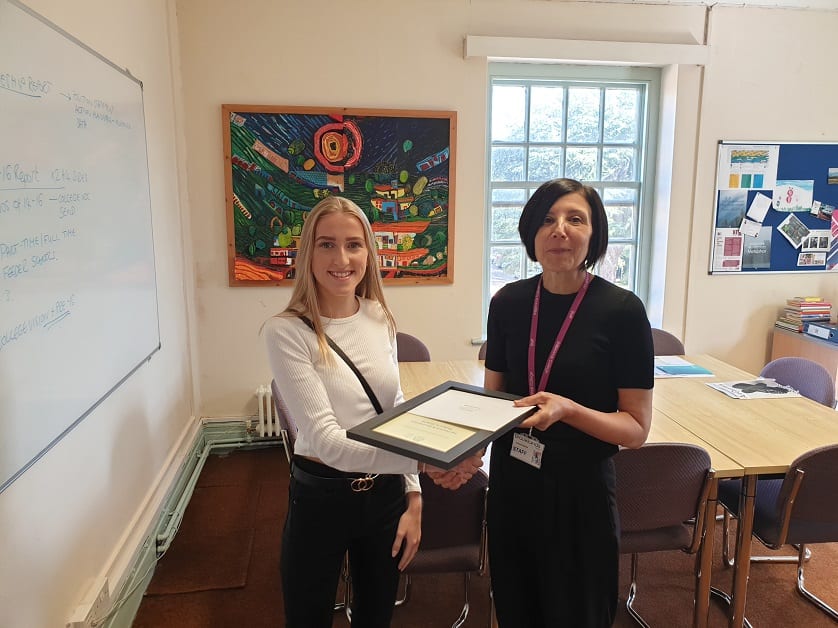 At the end of last term, Forensic student Racheal French, received a certificate from the Chartered Society of Forensic Sciences for Top Student on our Applied Science course.

Racheal was awarded Top Student for her consistently high standard of academic work during her two years at Brooklands College. Course Lead Dale Brunt, who was asked by the Society to make the nomination, said that “Racheal is a credit to her generation. Her work ethic is exemplary and the award was well deserved”.

Rachael now moves on to a University degree course in Criminal Psychology and Criminology.